Prior to my 18th birthday I lived in Brighton where I was employed as a clerk by the Shoreham Shipping & Coal Co.  I decided that I did not want to join either the Army or the Air Force so volunteered for the Royal Navy on my 18th birthday in September 1940

I attended the Brighton Recruitment Office and registered to join the Navy.  I was told that if I passed the medical I would be assigned to the Supply Branch of the Navy which dealt with 1. Victualling and Clothing, and 2. Naval Stores.

I was duly called to attend for the medical about a week later and passed that hurdle!  I then received a railwant warrant to go to Skegness for my induction into the Service.

At Skegness, the Navy had commandeered the Butlin's Holiday Camp for initial training.  There were about 6000 trainees there.  We ate in large mess halls - York, Sussex and Kent and were housed in the chalets - three to each one.  It was so cold there that we were issued with an extra blanket.

I was in a very mixed group of 30 - some were enlisted and a few of us were volunteers - I think I was the youngest but I was able to cope.  Some were homesick and found the routine hard to understand - but they had had a hard experience thrust upon them!!! 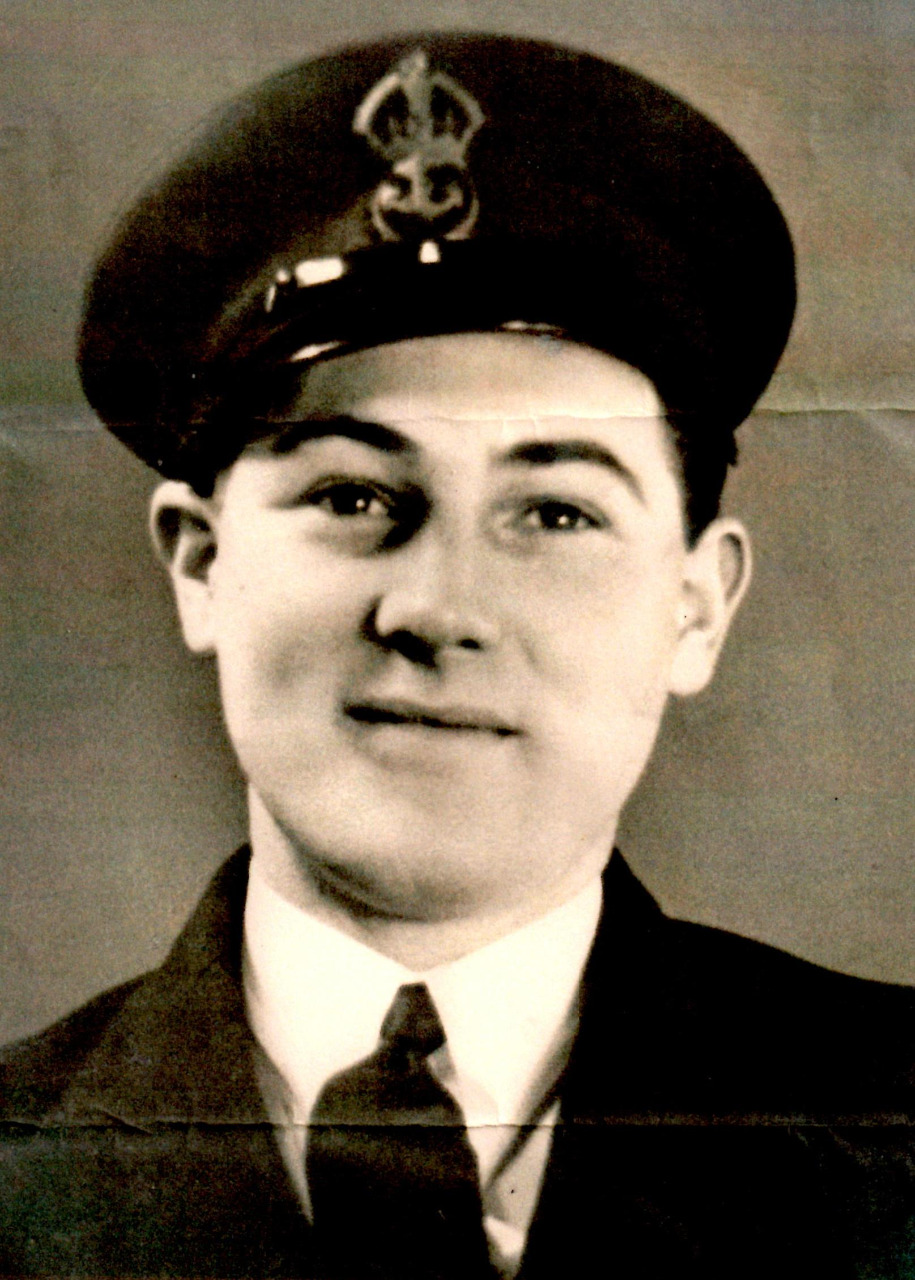 The first week we were issued with our uniforms - the Supply Branch, Writer Branch, those who cooked the food and Sick Berth Attendants all wore suits and peaked caps!  We were paid 1/6d a day - seamen received 1/-, so we thought we were the bees knees of the Service.  Big Heads I guess!

We learnt how to set up a hammock and how to 'store' it after use - initially not as simple as one would think!  There were a lot of drill routines and as I had been in the Boy's Brigade that presented no problems to me!  The Navy way of doing things were soon made very clear to us!

After six weeks in Skegness, I was sent to join the Portsmouth Division, housed at the Royal Navy Baracks there - HMS Victory.  There was a 'joining routine' - I was assigned to D Block Mess where Supply and Writers were housed, then visits to the doctor, dentist, clothing store and then the drafting office where I made a request to go to a destroyer!!!  Pending that draft I was employed in the General Mess distribution of bread, butter and jam to Messes - we had a list of quantities so just gave out the amount prescribed!  Boring to say the least.

I was given a draft chit to go to Rosyth to join a destroyer - HMS Viceroy.  I would learn in due course when I was to travel there!

Meanwhile we were required to remain in the General Mess Office for two nights a week - that was not so bad as we had a 'fry-up supper' prepared especially for us by the galley!  On other nights I went 'ashore' and slept at one of the hostels in Portsmouth - they charged 6d. per night for a bed in a cubicle - we were awoken with a cup of tea and able to return to the Barracks by 7.30am - the latest time we could 'legally' return.

I went ashore one night when the Germans came to Portsmouth and dropped bombs and incendiaries.  They hit and destroyed D Block in the Barracks and I lost all my possessions.  Those in D Block were mustered and sent to Whale Island Barracks to have new kit issued.

Eventually I received a train warrant and instruction as to my draft to HMS Viceroy and duly travelled to Rosyth.  The following service aboard a destroyer I will describe next time.